Tobacco use is the most preventable cause of death in the United States. Every year, around 440,000 Americans die from tobacco use and nearly 50,000 die from exposure to secondhand smoke. Parents, coaches, and recreational leaders are role models for youth and can have a positive effect on their lifestyle choices.
Prohibiting tobacco use at our community’s parks and recreational facilities protects the health, safety, and welfare of everyone in the community.

Atlanta City Council Member Joyce Sheperd hosted a Family Fun Day in Empire Park, for the city of Atlanta residents. Council member Sheperd spoke about the recent Smoke Free Parks Ordinance that she and council member Wan introduced to the City Council.  The Ordinance was passed by the Council and approved by Mayor Reed.

(PSA) Public Service Announcement - The youth and parents of the H.E.A.R.T. Coalition, Inc celebrate the passage of the Atlanta Smoke-Free Parks Ordinance at Woodruff Park in downtown Atlanta.

In 2011, H.E.A.R.T. Coalition and Learn To Grow, Inc. members and supporters began advocating for a tobacco free parks policy in the city of Atlanta. On July 10, 2012, the Atlanta City Council will vote on an addition to the City of Atlanta Code of Ordinances, the prohibition of smoking in all city of Atlanta parks.

"Protect The Air Around You"

"Protect The Air Around You" is a public service announcement featuring students from the B.E.S.T. Academy (Atlanta, GA) speaking out about asthma as it relates to the environment, specifically second hand smoke. Produced by Learn To Grow and the H.E.A.R.T. Coalition.

"Know Your Asthma Triggers" - Asthma PSA features tips on finding and controlling the asthma triggers in children. Produced by the HEART Coalition and Learn To Grow, Inc. 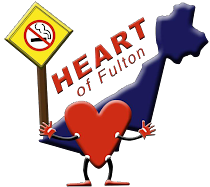 H.E.A.R.T. Coalition
Our mission is to promote, protect and assure the health and wellness of the people of Fulton County through health promotions.